“Justice is a vague concept, but your responsibility is very detailed”

As you already know, I have been summoned to testify on April 6th, accused of four offenses, including criminal charges. I imagine you are also aware of the fact that International Press Organizations, European Union institutions, and personalities from all over the world, have described my persecution as a political persecution and punishment because I did my journalistic duty. I know, deep down, you have already given the answer that every Judge is independent and does not depend his opinion and decision on what is happening around him. The independence of the Judiciary, however, is a weightless, literary concept, to which every judge gives substance and weight with his attitude. You, on the other hand, have the unfavorable privilege of having to make the necessary balances in order to preserve the rule of law, the prestige of the judiciary and, above all, to determine each time if a judgment is made legitimately, and not as a method of deceiving society. I am not addressing you to judge my case. However, I feel the need to do it in public, because yourself, myself, and those who orchestrated this judicial adventure, will be judged by history. No one will get rid of their historical burden through retirement, arguing that “I did not know”. I will not expand on the indictment and its deconstruction, as I will do it before the Interrogation. I will also skip the unprecedented way in which Justice moves in my case, which instead of proving guilt with evidence, persons, place and time, it calls on me to prove that “I am not an elephant” (=prove the obvious). Even worse, they are judging intentions, saying that my published reports may not have been false, but they served intentions. (Maybe you should suggest that an article on intent be included in the Penal Code, even in the reporting of the truth itself).

I will cite an element, which in itself is proof of the way in which the indictment was filed against me and which I leave to your judgment since you are in charge of any investigative procedure. A key element in the indictment against me is that on February 4, 2018, I published in Documento, (went to a printing house on February 2), a testimony of a witness which had not yet been given, in order to guide the witness.
I quote to you exactly how the accusation is formulated by the Interrogation, which is addressed primarily to my co-accused (and remains unknown to me) Prosecutor Stylianos Manolis:

“You leaked to Documento newspaper, that is published by Kostas Vaxevanis, and in collusion with him, information that was published on the Sunday edition of 4/Feb/2018, which closed (=sent to print) on 2-Feb-2018. [It was] information of the testimony of a protected witness regarding the delivery of one million euros to Maximou Mansion (=Prime Minister’s official office) by an executive of NOVARTIS, which was preceded by a meeting of a Prime Minister’s advisor with the executive of NOVARTIS.
In that way, the testimony of a witness who reported on a meeting with the Prime Minister, implying the former Prime Minister Antonis Samaras with an executive of NOVARTIS, was announced in advance, before the delivery of the suitcase. That testimony took place on 4/Feb/2018 at 18:50, after the closing of the paper, and was that of the protected witness “Aikaterini Kelesi”.
With this pre-announcement, you intended to harm the above-mentioned politician, as you intended to direct and submit to the above-mentioned witness to testify facts against the person that you wished”.

Mr. Prosecutor, below this text, I quote the entire testimony of the protected witness “Aikaterini Kelesi”, given on 4-2-2018 and time (as stated in the indictment) 18:50. I urge you, Mr. Prosecutor of the Supreme Court, to indicate to me, at what point in this testimony, is there any mention of what the Interrogation refers to. At what point, does the witness testify that a suitcase with one million euros was handed over to the Maximou Mansion, after a meeting with a prime minister’s advisor? In what magical way did the Interrogation read and even write and turn into an indictment, something that was never said? Is there a page written in invisible ink that can only be seen by the special eyes of the investigators?

Is there an issue with the vision of Justice (obviously not blindness) that makes it insightful or to read from the… unwritten? The witness “Aikaterini Kelesi”, has testified on December 1, 2017 (I copy from her testimony word by word) “Around the middle of 2013, if I remember correctly the period, Frouzis met, within the framework of this program, with the then Prime Minister Antonis Samaras, at the Maximou Mansion. He had a black Samsonite suitcase, trolley type, which he had filled with bundles of purple, yellow and green banknotes, which he handed to Antonis Samaras”. Continuing her testimony, Aikaterini Kelesi, on January 28 2018, says

“QUESTION: In your testimony from 1-12-2017, you mentioned that around mid-2013 Frouzis met with the then Prime Minister of the country, Antonis Samaras at the Maximou Mansion, having with him a black suitcase full of bundles of banknotes which he handed to the then prime minister. How was this meeting arranged and how do you know that the money was handed over to Antonis Samaras?

ANSWER: About a week before the meeting, Frouzis had met with Antonis Samaras’ close associate, Dimitrios Ptochos, with whom he had developed contact. Then, through the secretary of Samaras’s office at the Maximou Mansion, the appointment was made.”

Mr. Prosecutor, it is proven by this that the witness “Aikaterini Kelesi” had testified about the alleged transfer of money to the former PM in a trolley suitcase filled with “purple and yellow banknotes” on December 1st 2017 and January 18th 2018. Not on February 4th. Therefore, what Documento said, with general information and not with absolute accuracy and names on February 4th, had already been submitted. The exact amount of the suitcase, that is, one million euros, was testified by the protected witness “Maximos Sarafis”, on January 17th 2018. So how does the Interrogation present publications that were made based on information about testimonies long ago, as publications that were a pre-announcement of a testimony that had not yet been given?

Mr. Prosecutor, I have no doubt as to who orchestrated all this. However, I have reasonable questions about how an investigation process, even at the level of the Supreme Court, extends to a conspiracy accusation of an innocent person. Defending myself is my business, but it is your business to defend Justice. What should any citizen assume? That an accusation was formed due to ignorance of the case files, or due to knowledge of the intentions of some? Should I also start judging intentions? I will not do it. I am just quoting the facts and inviting you to investigate them. If there is a procedural impediment concerning yourself, due to the fact that you are also a Deputy Prosecutor in the Special Court, then you may assign the investigation to whomever you deem to have jurisdiction. No one can be excused based on the “judgment of the judge”. We are facing the crisis of History. Unless the judge’s judgment is to fabricate non-existent testimonies.

* Translated from Greek by Tony Rigopoulos 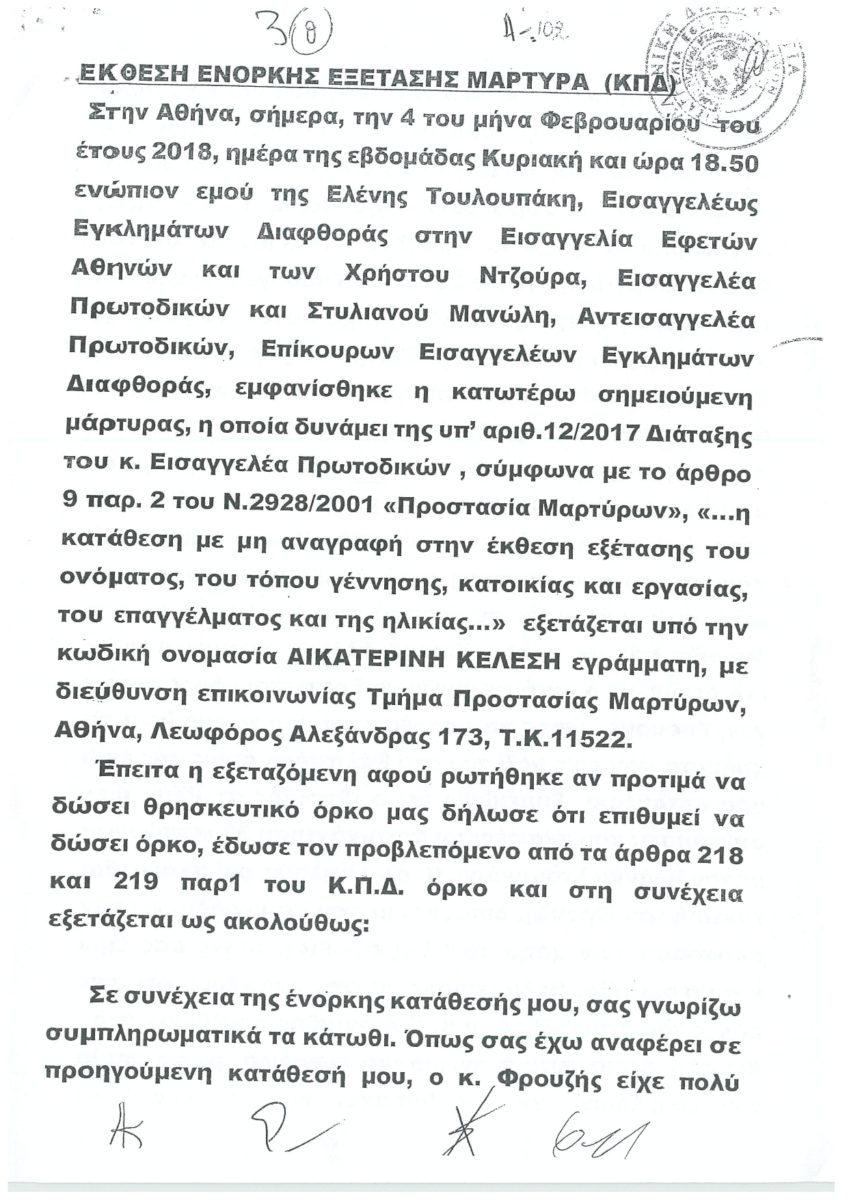 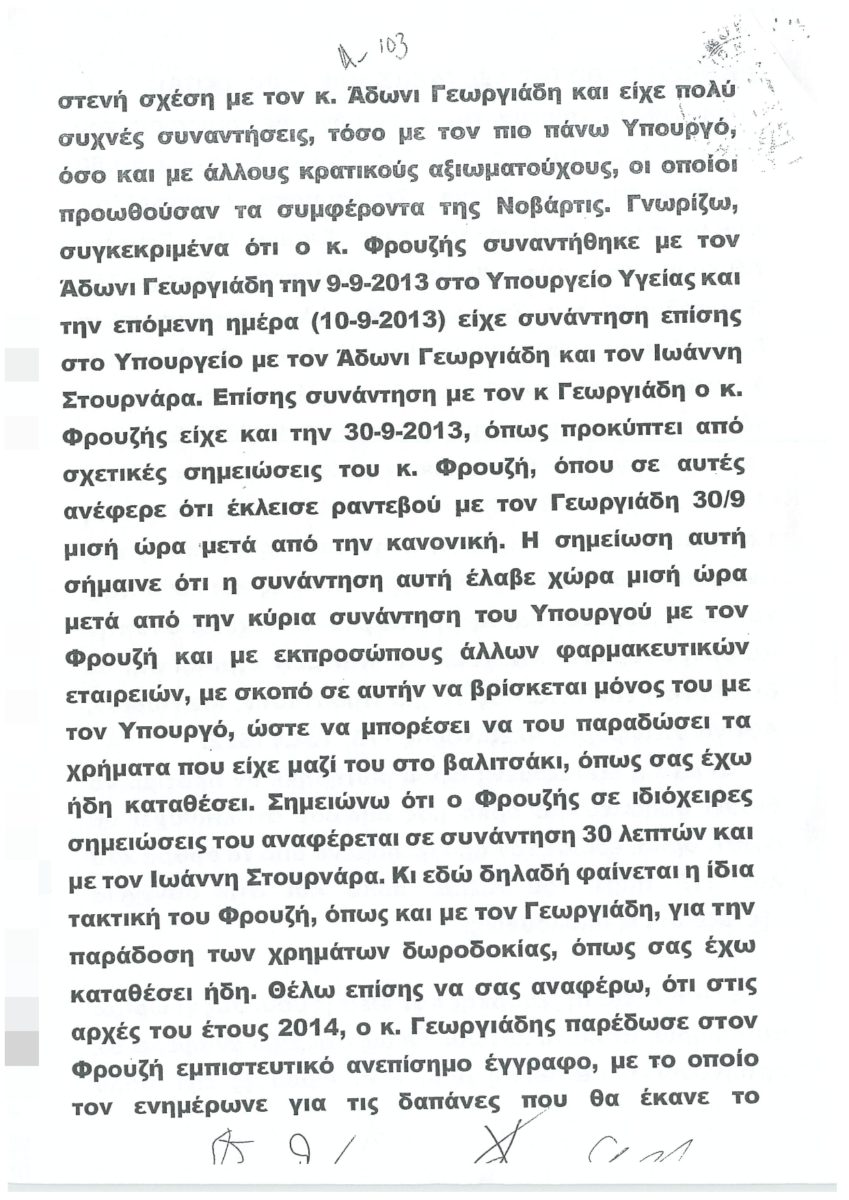 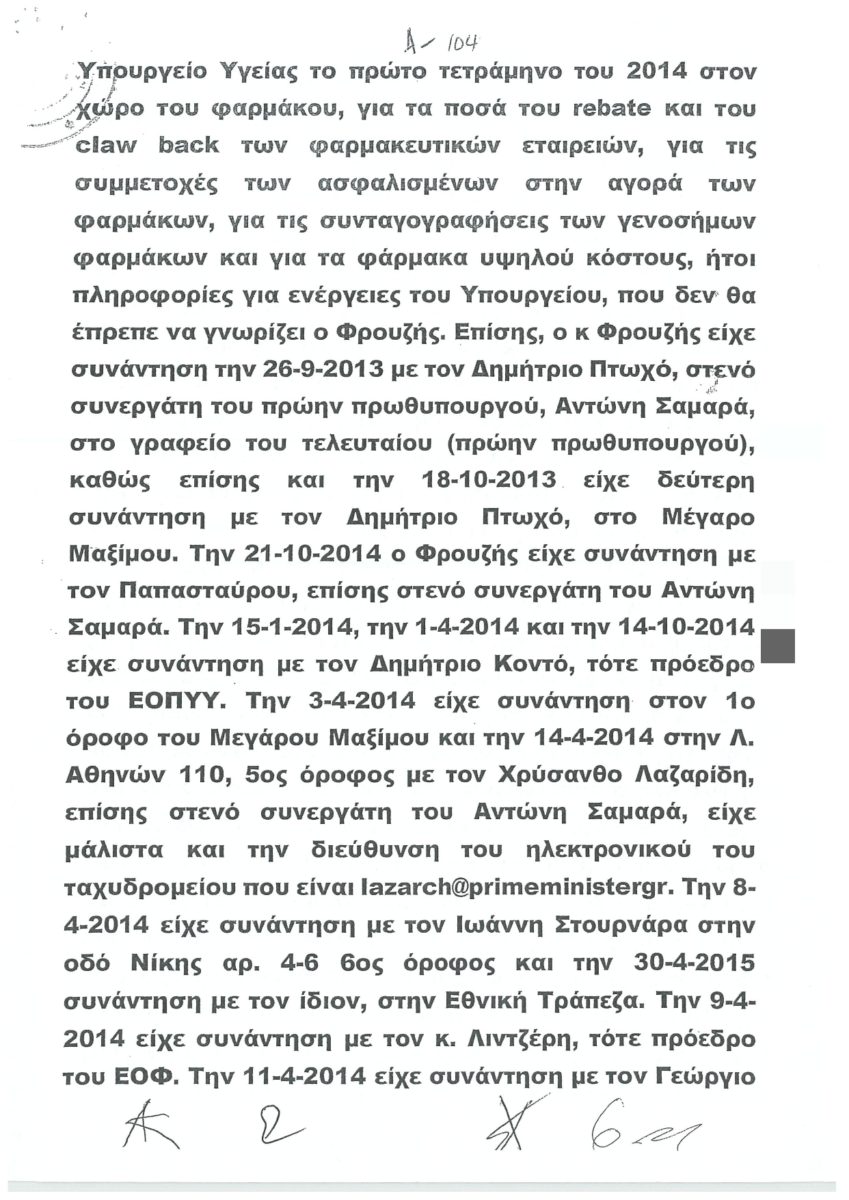 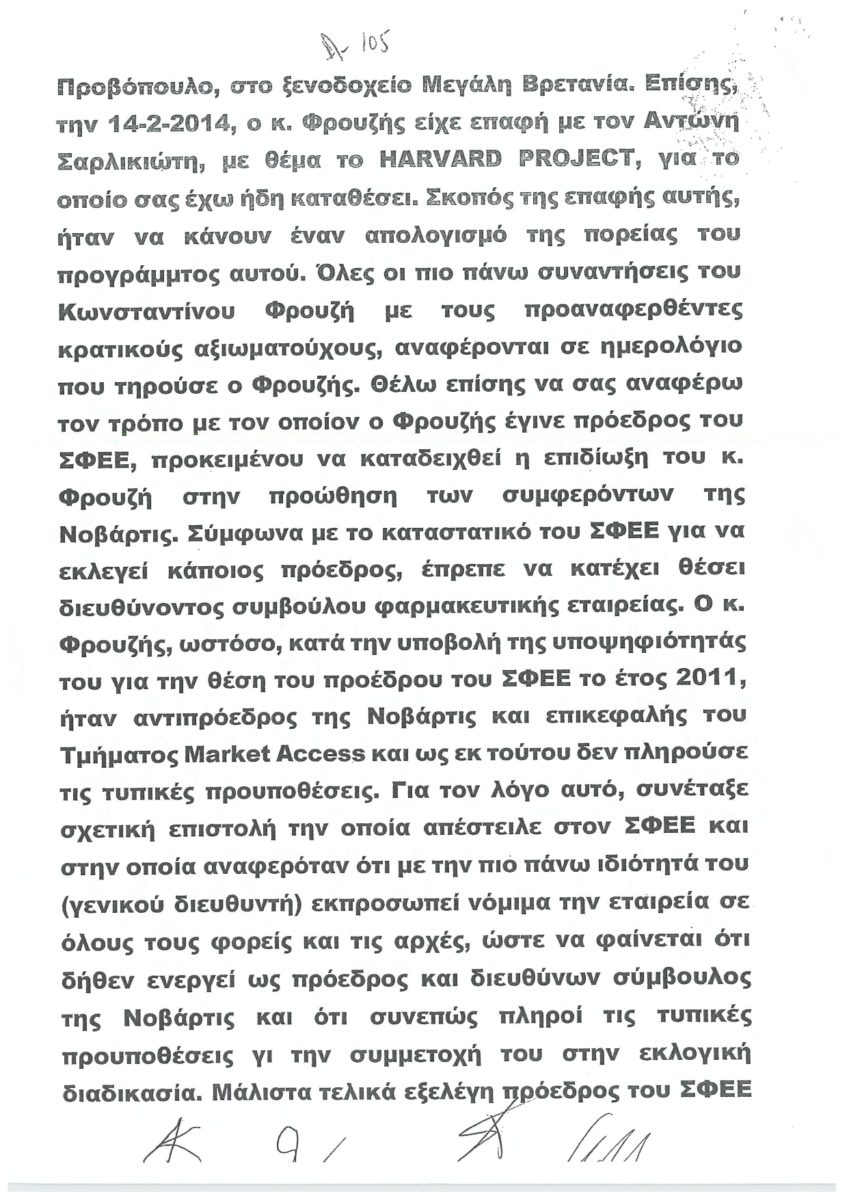 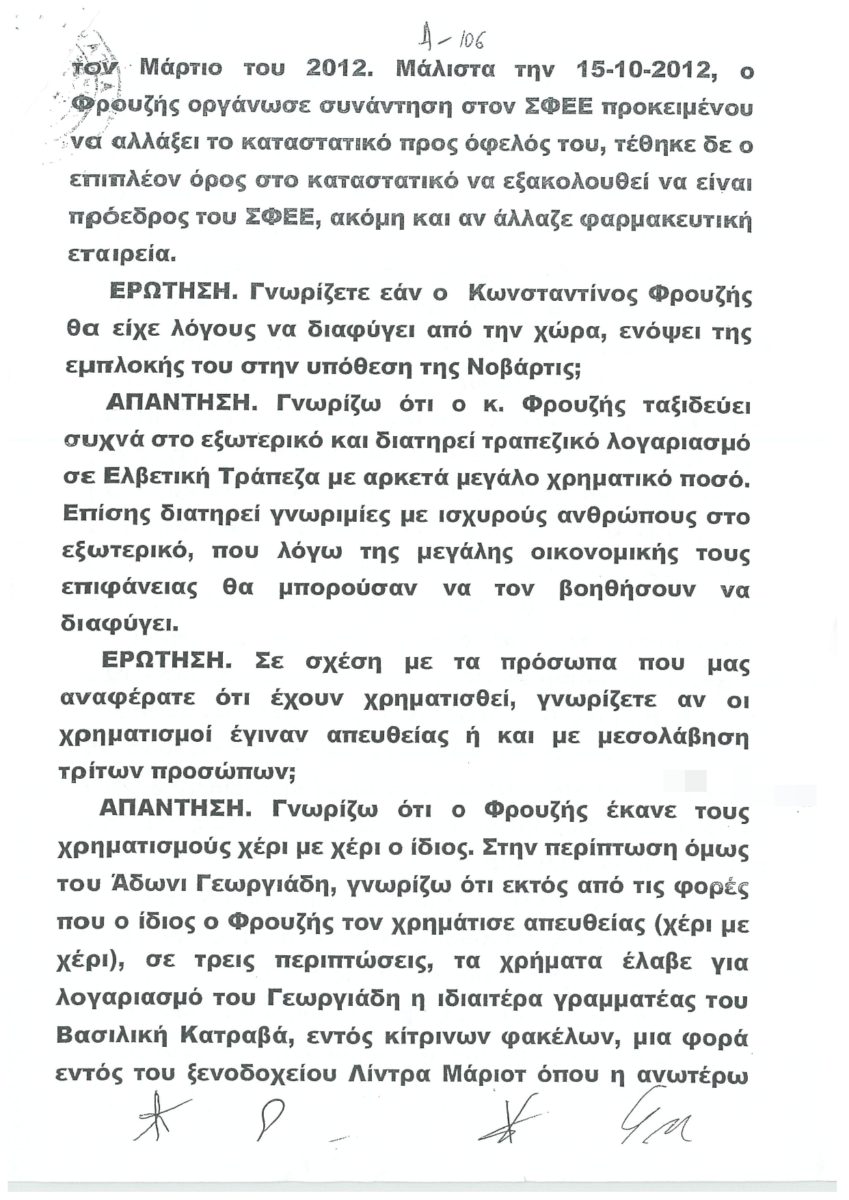 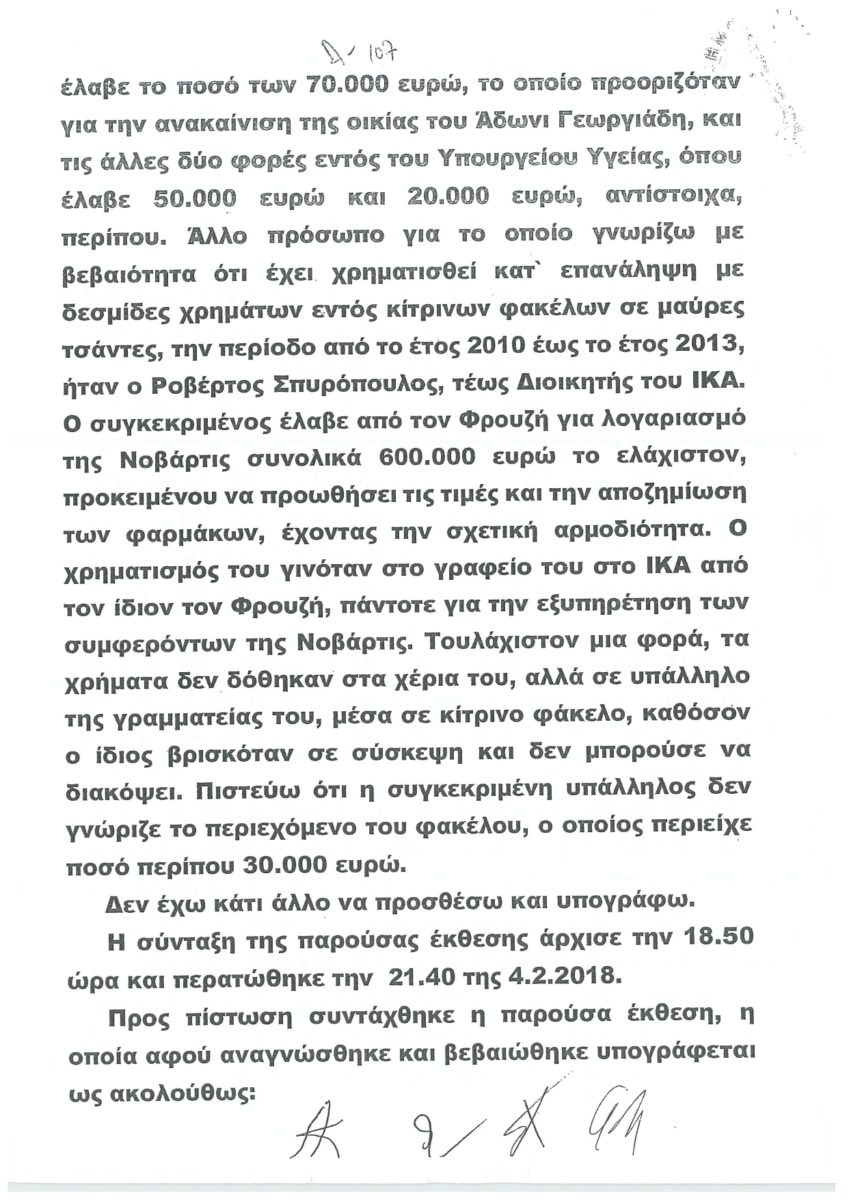 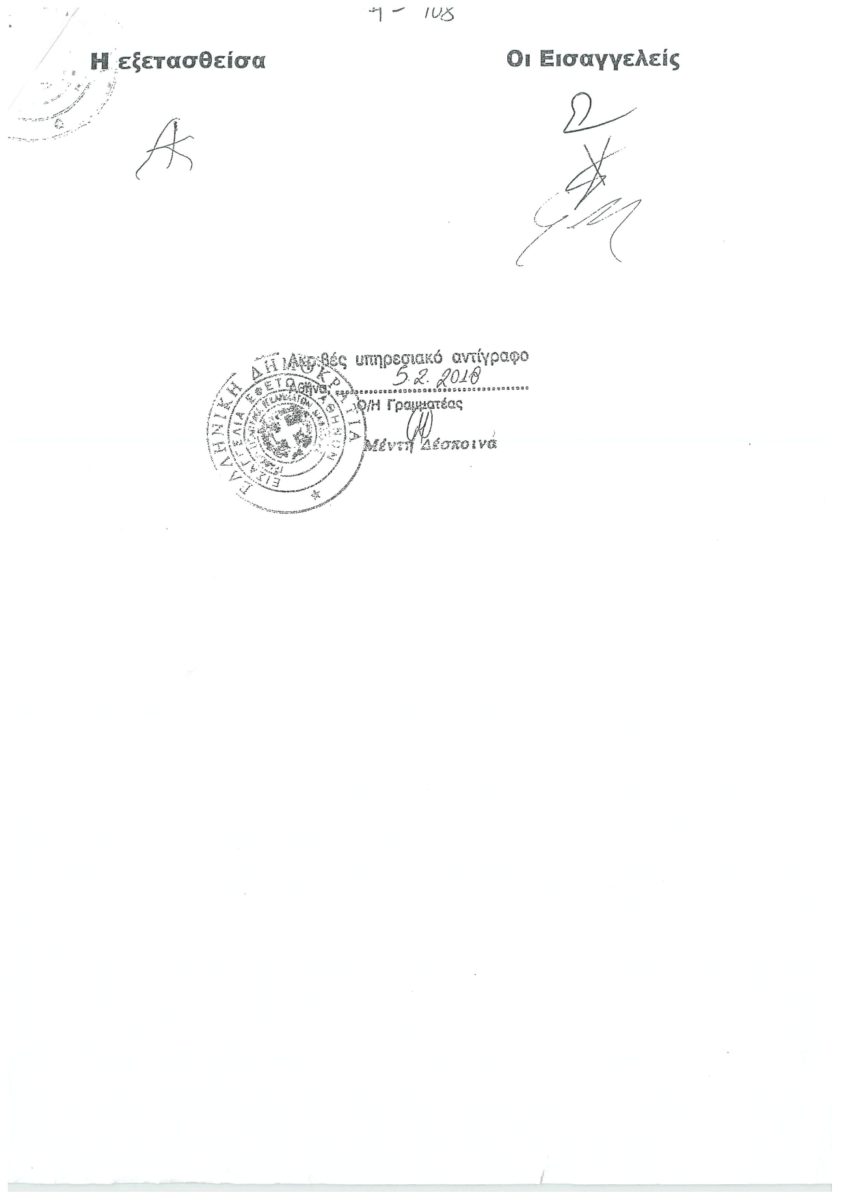 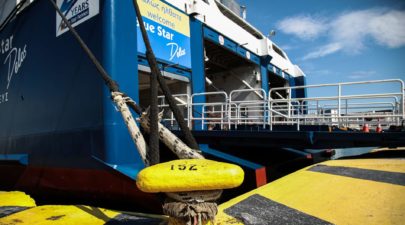 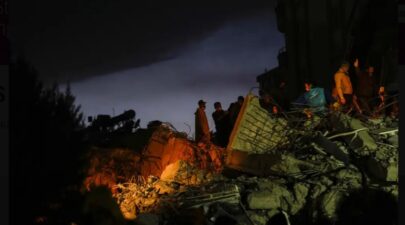 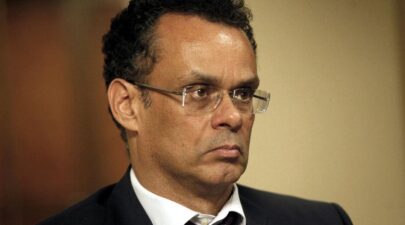 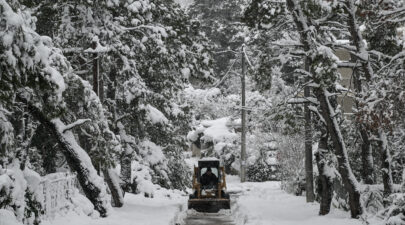 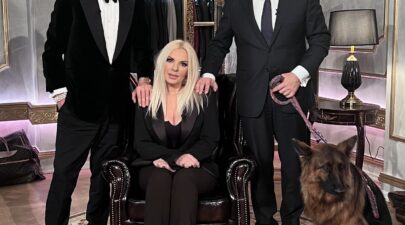 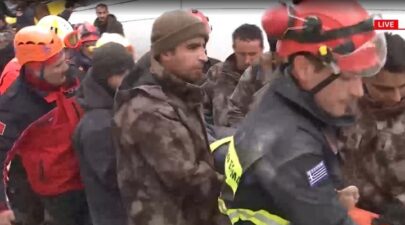 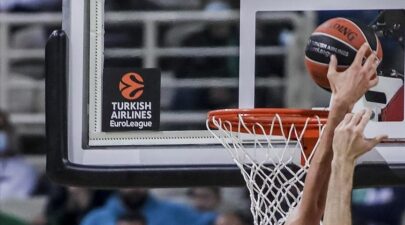 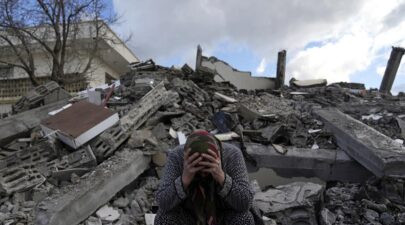 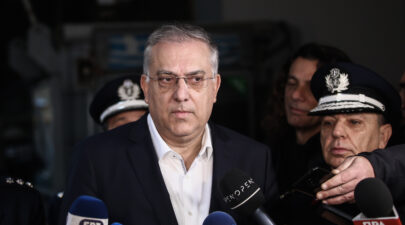 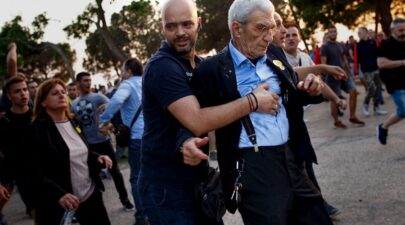 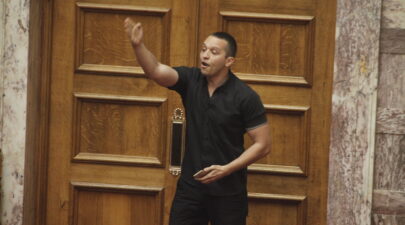 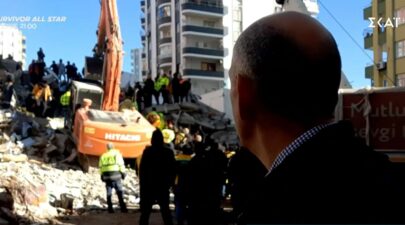